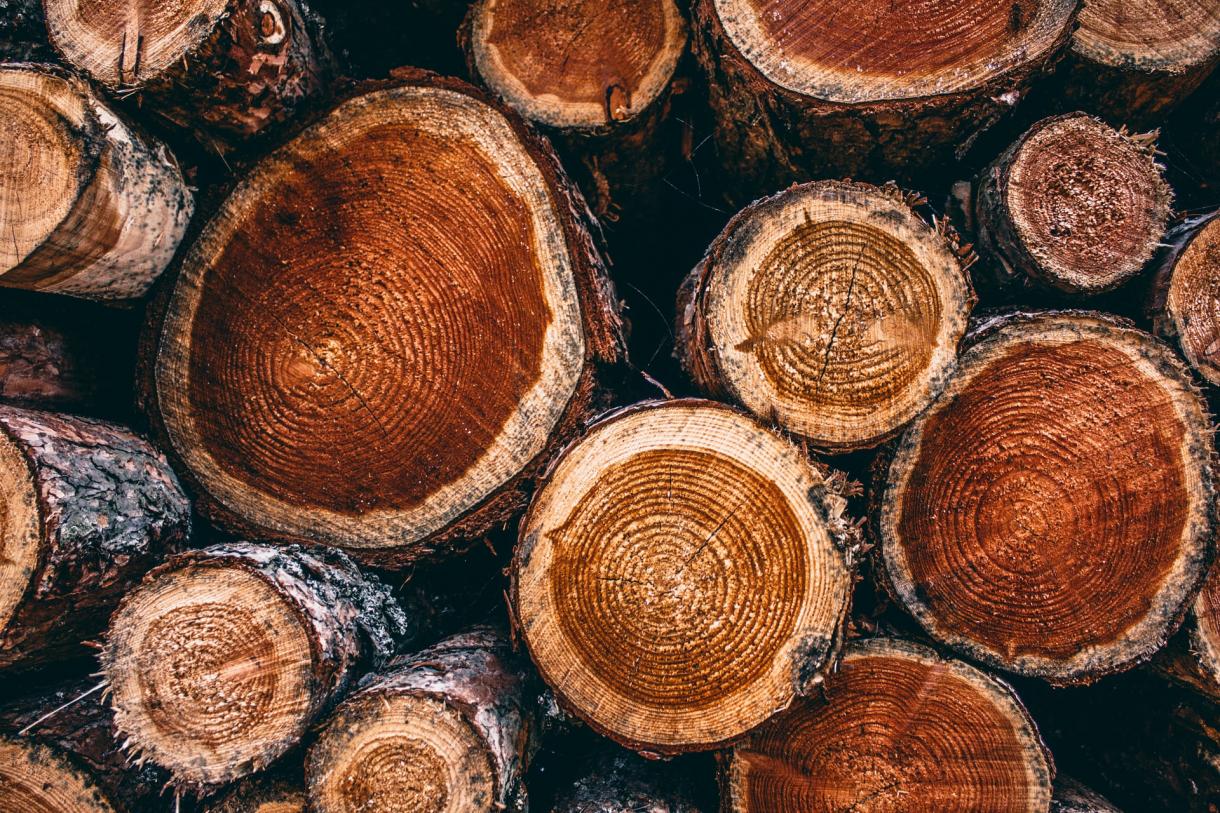 
Have you ever looked at a freshly cut log and wondered why the middle and outside are different colors?  This difference is generally the due to the distinction between heartwood and sapwood, or the dead and living wood within the tree’s trunk.


Parts of a Tree

The living part of the tree is known as cambium – a thin layer of cells just beneath the bark that add new layers of growth to the tree each year.  If you peel back the bark on a tree and see green, that is the live part of the tree.  The cambium layer is essentially a mat of stem cells for the tree, and it produces all of the tree’s different cells.


More technically, the cambium layer produces two different kinds of cells: xylem and phloem.  Xylem is what eventually becomes wood; it grows inward from the cambium layer and acts as unidirectional vascular tissue, pulling water and other nutrients up from the roots to the top of the tree.  This tissue eventually dies, leaving behind its hard cell walls to act as the structure of the trunk.


Sapwood is xylem that is still carrying water from the roots to the tree’s crown.  Even though the cells may be dead, they still contain vessels that allow water to be pumped up from the root.  In young trees, the whole trunk may be composed of sapwood as heartwood has not yet had time to form.   This wood is typically lighter in color, although in some tree species it is indistinguishable from heartwood.


Heartwood is the xylem that is no longer directing water up the tree.  As the tree ages, the xylem deepest inside the trunk no longer functions and is instead filled with extractives such as resins and minerals.  These extractives maintain the structure of the xylem cell even as it dries out, and they help preserve it against fungus, bugs, and other decay.  This also makes heartwood harder and denser than sapwood, allowing it to act as a sturdy structure for the tree’s growth.  Often this wood is darker in color than sapwood.


For woodworkers, sapwood may take longer to dry out, as its moisture content is much higher than heartwood.  Sapwood also may shrink as it dries out.  Heartwood is harder, and it tends to be the more valuable type of wood for carvings and furniture.


Although the difference may not matter much if you are a firewood producer, next time you cut a log and notice a difference in color, know that there is a reason for it!